Written by Ipti Niskala
Updated over a week ago

Disclaimer: Crowd detect is not currently supported on Minut Gen 3 devices installed Outside

What is Crowd detect?

Crowd detect works by counting the number of wireless devices (such as phones, tablets, laptops, smartwatches) a Minut sensor detects in a home and alerts the host if it exceeds the threshold set for the home - which may indicate that a crowd has been detected.

This feature is still in beta, we are continuously striving to improve and update the feature as we go along.

It currently detects via Bluetooth only, and can only detect iOS devices as other devices do not broadcast their signal constantly. 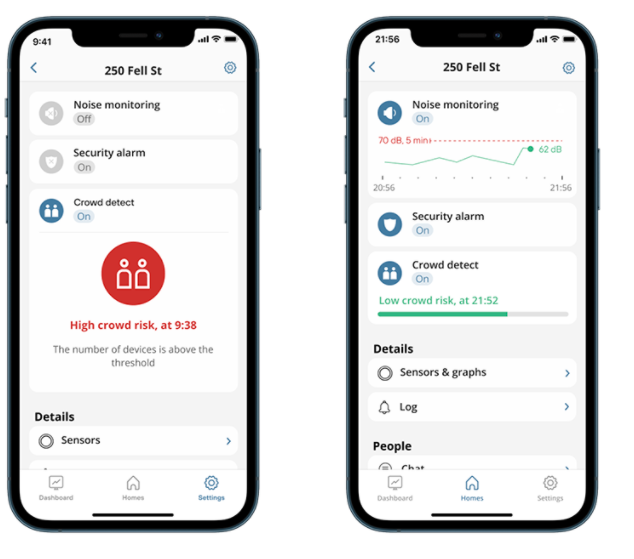 How does Crowd detect work?

Once the Crowd detect is set On, you can easily keep track of how many people are in your home.

Users set the “guest capacity” before turning on crowd detect. during the Installing Home Process.

Choose the amount of Guest Capacity in the home. This can be changed on the home screen, and the value can be set between 1 and 50. 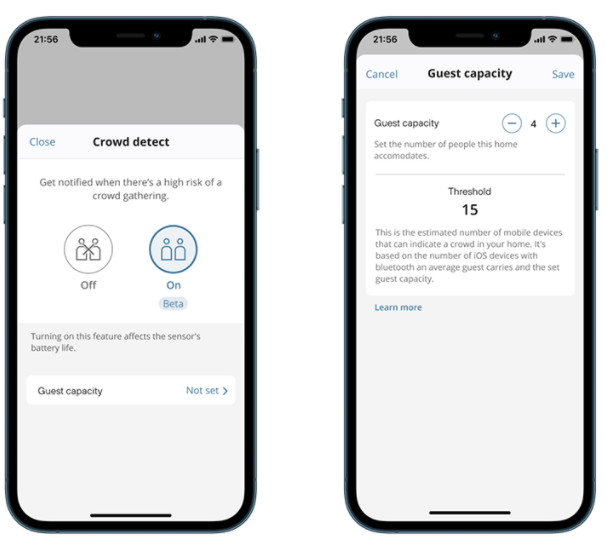 How is the mobile device threshold calculated?

Guest(s) are expected to bring an average number of devices per person and based on that, the number of people can be estimated.

It's considered a crowd when the number of people is 2.5 times the number you set as your home's people capacity. On average, guests carry 1.5 mobile devices per person.

You and your team members of the home will get a push notification once the threshold has been exceeded.