This article explains how to connect to Google Smart Home, and how to use the Google Assistant to arm the alarm in different languages.

Written by Adrian Reyes
Updated over a week ago

[This article describes the new version of the app. The screenshots are from the old version. With the new version, you should see Minut(s) instead of Point(s).]

What is Google Smart Home?

Google Smart Home is a platform that lets you extend the functionality of the Google Assistant to control connected devices. Google Smart Home works as a virtual assistant and let users control their smart home devices through voice commands.

You can link your Minut account* to Google Smart Home, and use the Google Assistant to arm/disarm the alarm in different languages.

What languages are supported?

(Right now, there's a bug when entering the security code to arm Minut. It doesn't work in other languages than English. We are waiting for a fix from Google.)

Which commands can I give through Google Assistant?

After a successful account linking the user can give the following commands in any language mentioned in the list above: 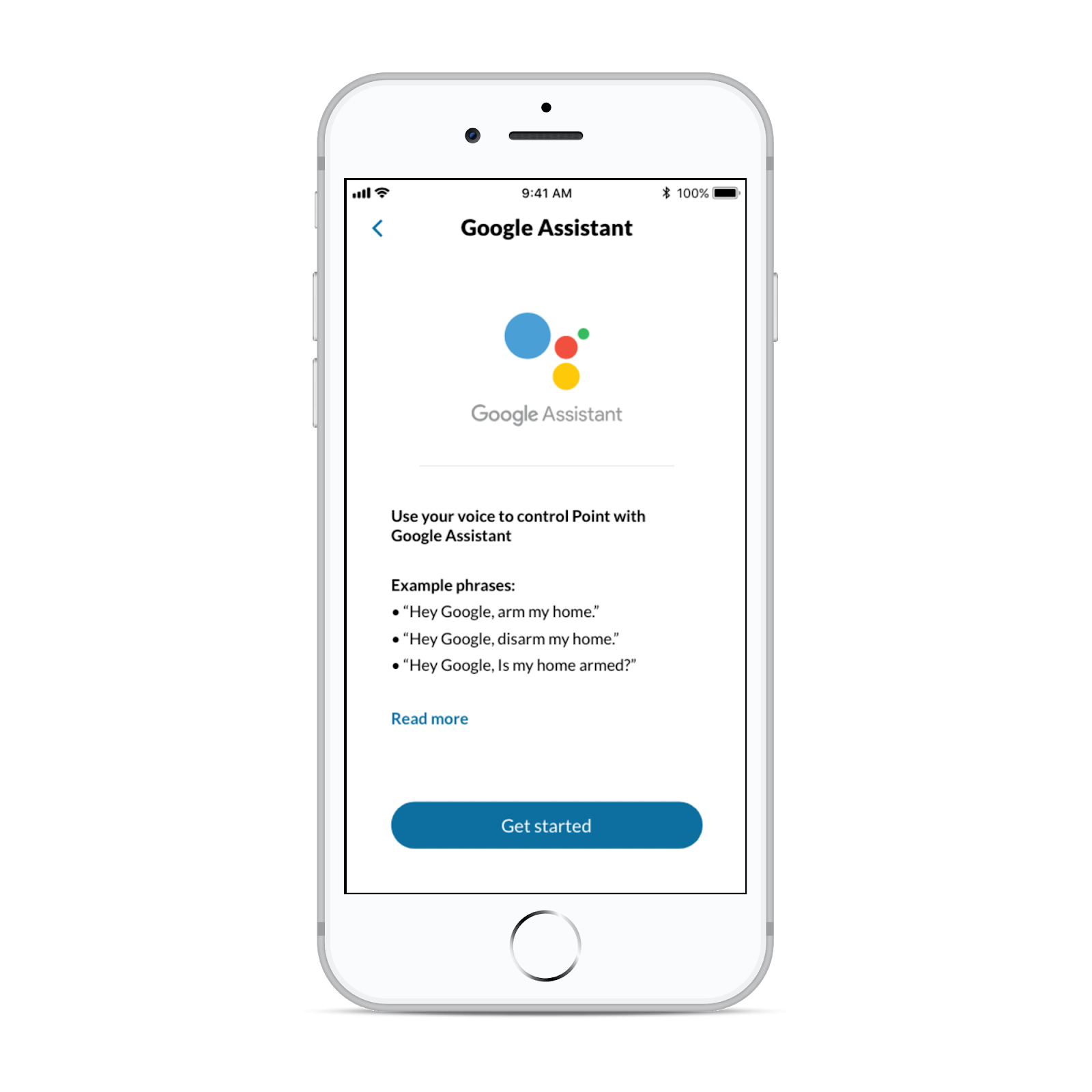 How do I link my Minut account to Google Smart Home?

To set up Google Assistant with Minut, follow these steps: 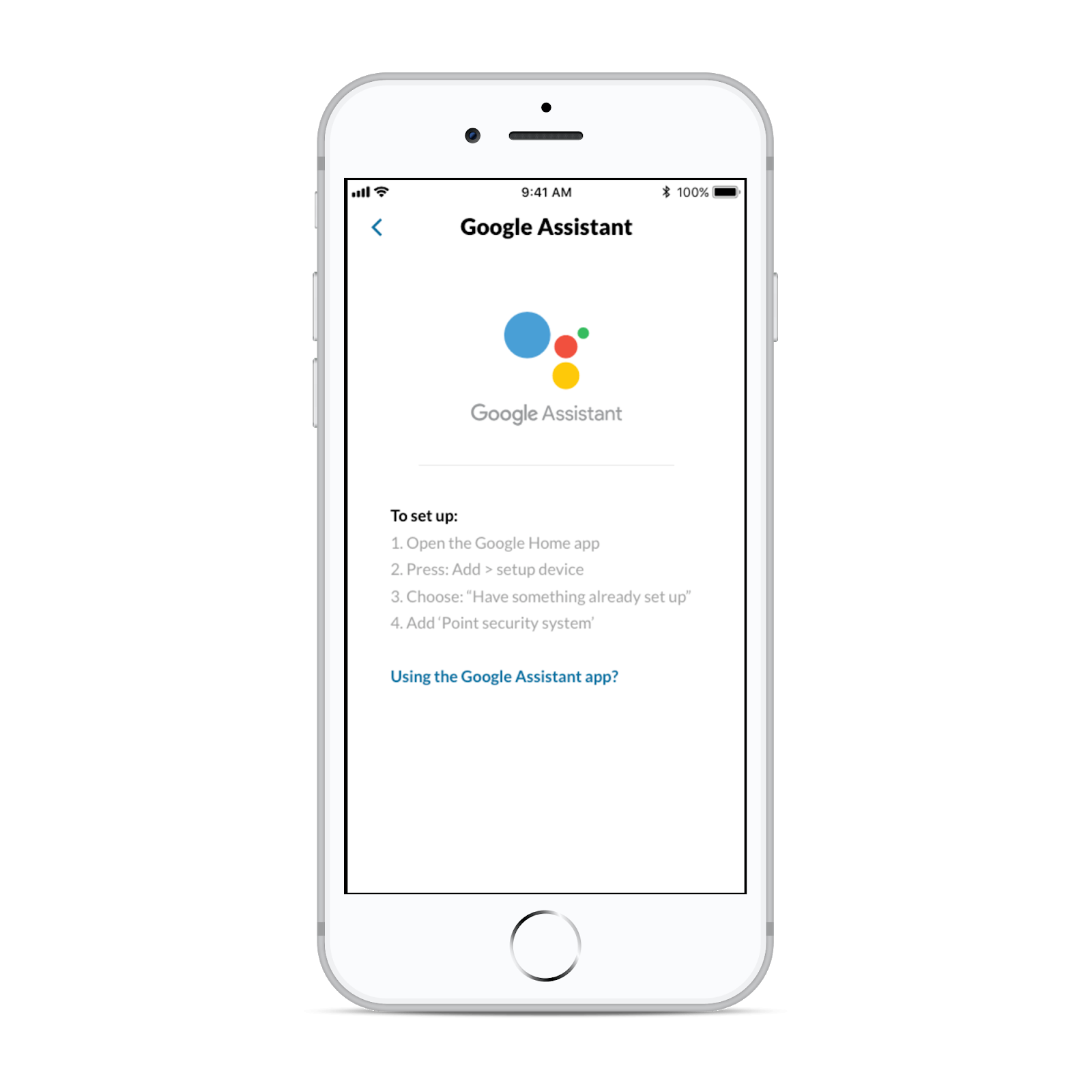 Extended use with Google Assistant 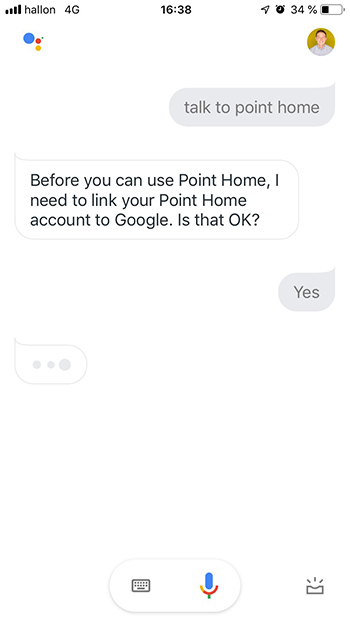 You will be prompted by a login screen for Minut. Enter your username (typically your email) and your password, then log in. 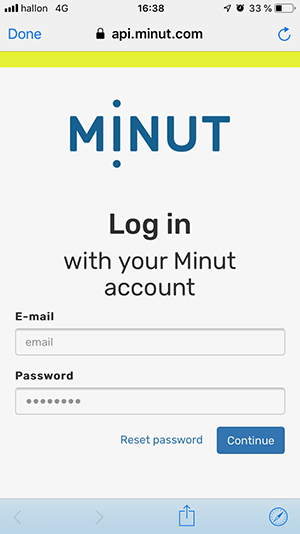 You need to allow Google to access the Minut app. Tap “Accept” to complete the connection. 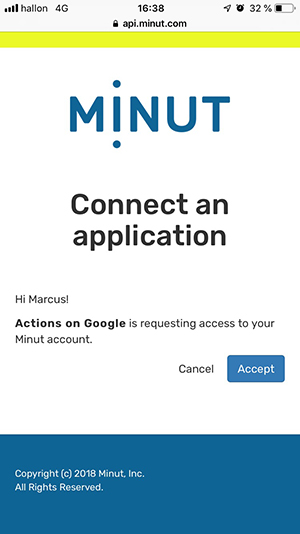 “Hey Google, tell My Home to turn on the alarm”

“Ok Google, ask My Home what is the temperature?”

“Ok Google, ask My Home what is the humidity?”

* When using the Google Smart Home integration, the user must use a gmail (e.g test@gmail.com) account and not a g-suite account (e.g  test@minut.com) for the arm/disarm function to work.